Cue Toccata and Fugue in D Minor playing on the organ...and yes I had to Google "Dracula scary music" in order to figure out the name of that song.

It's October and to me that means embracing in everything that is #Halloween. MOST especially in my film selections for the next 31 days! Since I am sharing my list for the first time this year, I decided to choose the movies I religiously watch during Halloween time and a few that I either haven't seen or just have not watched in awhile.

Below you will see my specially made calendar and please feel free to follow along! If you decide to watch one of the films, make sure to use the hashtag: #NOWPLAYING (inspired by director, Joe Lynch) or you can tag my Instagram handle: @TheMorningBuns.

We kick off October 1st

by watching the epitome of a Megan Fox film, Jennifer's Body! It's the 10th anniversary and after you watch the film, be sure to watch this:

Also, keep your eye out for some fun actor appearances in the film ;)

Me asking a guy out on a date.

The second day of October

is dedicated to the film, Best Worst Movie. This is possibly my second favorite documentary of ALL TIME. First is My Date With Drew directed by Brian Herzlinger :)

I remember watching the premiere of Best Worst Movie on ChillerTV BACK IN THE DAY. It was the first time I ever participated in a Q&A event on #Twitter. I thought it was the coolest thing!

The film is about how the so-called worst movie ever, Troll 2, became a cult classic. It's truly heartwarming, charming, and in my opinion was the first of it's kind. Best Worst Movie reminds me why I love movies and want to make them. The director, Michael Paul Stephenson, went on to direct another documentary, The American Scream, but more on that next October! ;)

***By the way, you do not have to see Troll 2 in order to understand the documentary! Unless you feel so inclined to :)

is another documentary about scare actors and haunted houses called Haunters: The Art of the Scare, which you can stream on Netflix or here. And I thought it was only fitting to watch Haunt (2019), a feature about a haunted house, which I have yet to see, after!

So the next week

we get into the more spooky feels when watching family Halloween films! Now they may be family films, but trust me, they are scary! I haven't watched Monster House and The Witches in a hot minute so I'm super excited to rewatch them!

You can find both part 1 and part 2 of Goosebump's: The Haunted Mask on Netflix! This Goosebumps special is my heart and soul. That may sound odd but after watching it as a child with my father he would always call me Carly Beth! lol

The Monster Squad is one of my favorite movies of all time. I watch it like...all the time haha I added it to this year's Halloween list because you all need to see this film, especially because a documentary about how it became a cult classic, like Best Worst Movie, is coming out (I have yet to see it)! You can stream The Monster Squad on Hulu.

A Halloween movie list wouldn't be complete without a screening of Hocus Pocus. Freeform is having multiple showings!

This week leads up to the premiere of Little Monsters (2019) on Hulu starring oscar winner, Lupita Nyong'o. I know VERY little about this film...trailers are for SPOILERS! But the poster is cute.

The third week of October is dedicated to Disney Channel Original Movies (DCOMs),

starting Saturday, October 12th sprinkled with a few Disney features :) These films are why I watched Disney Channel as a youngling!

Click on the title of the film to stream:

Don't Look Under The Bed

Phantom of the Megaplex

Mom's got A Date With A Vampire

So Halloween wouldn't be a scary holiday without a little gore...you know just a little!

That's where a DOUBLE FEATURE of Rob Zombie's House of 1000 Corpses and The Devil's Rejects (RIP Sid Haig <3) comes in. And to top it off, we're watching Rob Zombie's Halloween (2007) to start off the 4th week of October.

we're watching all of my favorite movies in the #Halloween franchise :) Don't come @ me bro. 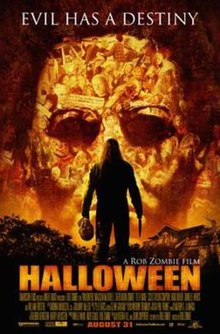 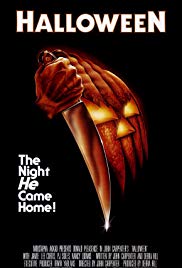 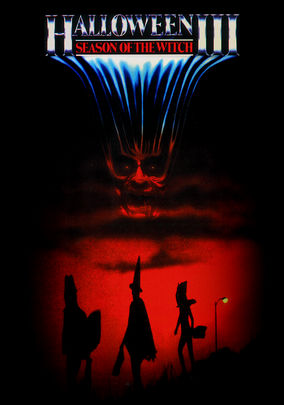 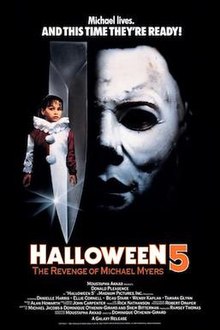 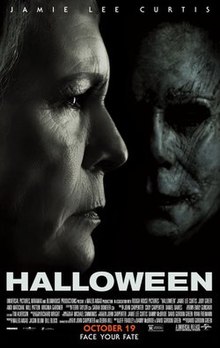 And I saved my favorite Halloween franchise for last :)

If I talked about this franchise, we'd be here for days! lol I was unable to find where to stream the first film (you can buy it at Target), but below are the links to the second and third installments :)

I excluded the fourth film in the series because even though my directing instructor in film school directed it...not having Kimberly J. Brown was a HUGE mistake.

Tales of Halloween is super fun and super scary, I just love it! It has a special place in my heart because it was the last film I saw at the Silent Movie Theater on Fairfax in Hollywood, CA. You can stream it here.

is my favorite Halloween movie of all time. I have no idea why Freeform does not play it anymore! It's also my favorite Christopher Lloyd film, I love it SO much! Please do yourself a favor and watch this movie here!

Believe it or not...I have never seen It's The Great Pumpkin Charlie Brown. I plan to watch it every year but never do! It's happening this year and I hope it does for you too! :)

Don't forget to tag me @TheMorningBuns or use the hashtag #NOWPLAYING if you decide to follow along!

Also, I always log the films I watch and give them a Star rating on my #Letterboxd account! Check out what I thought of the films here.

Music Listened To While Writing:

Black-Led Pregnancy Organizations You Should Know About